The Franklin County Regional Emergency Planning Committee (REPC), with support from the Western Region Homeland Security Advisory Council, has been working on a project to bring a multi-agency coordination center (MACC) to Franklin County. The MACC will augment local emergency management staff by providing a robust emergency operations center ready to support local emergency management directors. If a response calls for more resources than a single town has within its borders, volunteers working at the MACC will assist in obtaining resources from other Franklin County towns before forwarding that request up to MEMA to access state resources. Situational awareness gathering and dissemination by the MACC will help to establish a better common operating picture for those communities in the midst of the disaster and for their neighboring communities.

A small working group of volunteers from the REPC has been researching different physical locations to house the MACC, which includes the Sheriff’s Office and Greenfield Community College. Discussions about sustainable funding and sustainable staffing are still taking place.

The MACC concept has received a thumbs up from the Franklin County Fire Chiefs Association and will go before the REPC for formal adoption during its April 4th meeting. REPC staff will be visiting emergency management directors and selectboards throughout the county in the coming months to explain the project and invite communities to sign a memorandum of understanding agreeing to use the MACC during future large-scale emergencies. For more information, please contact Dan Nietsche, emergency preparedness coordinator.

Pandemics are a form of natural disaster.  Plan ahead for the next one and avoid that sick feeling you get when the unexpected happens!

Please click here for a flyer and a job description about this opening in the Partnership For Youth and Communities That Care Coalition.

Connecticut State Police Lt. David DelVecchia and Captain Joe Rios, of the Newtown Connecticut Police Department who together discussed the response, investigation logistics, and post-incident management of the shooting tragedy at Sandy Hook Elementary School in 2012.

Nationally certified Comfort Dogs and their handlers from HOPE Animal Assisted Crisis Response also attended. The dogs visited with attendees and offered assistance to those who may have been emotionally affected by the day’s discussions.

The symposium was well received by attendees, with many noting how much they garnered from the lessons learned, and their appreciation for the care and respect of incident survivors and victims demonstrated by the presenters.

WRHSAC is reviewing attendee feedback with an eye towards next steps regarding this topic and anticipates conducting more events and trainings to assist the region’s preparedness capabilities to prevent and respond to active shooter incidents. 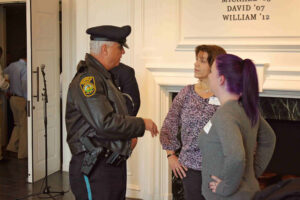 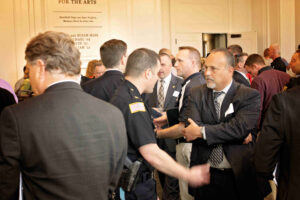 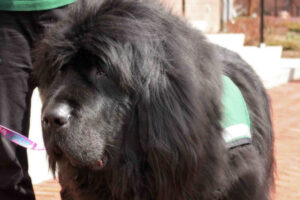 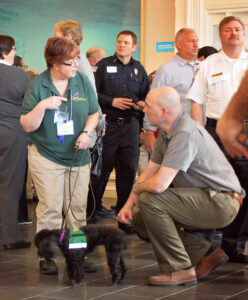 In March, FRCOG Town Accounting Program staff attended the education and training program held annually at UMass-Amherst and sponsored by the Massachusetts Municipal Auditors and Accountants Association (MMAAA). The two and a half day training program offers four tracks of study depending on the level of experience of the accountant: from just getting started in the field up to continuing education for experienced staff. We are committed to training our staff and we budget each year for the MMAAA school, which is the primary formal training program for municipal accountants in Massachusetts.

We were pleased to be able to send our newest staff member, Stacey Mousseau, to get her foundation training in track 1 this year. Stacey, who is also the Treasurer for the Town of Bernardston, is well-versed in municipal and school finance. She is a quick study and will soon be handling the accounting work in two towns for the FRCOG.

Hiring Stacey remedies a short-handed situation that presented several challenges for Program staff during the transition from FY15 to FY16 as well as during the process of closing the FY15 accounting books in 12 member towns. We appreciate the patience of town officials as our staff worked diligently through the closeout process.

Finally, we are hearing rumblings that the accounting software used by the FRCOG and by the Town Accounting Program, Fundware, is nearing its sunset for support by its owner, Blackbaud. We have a verbal promise that support will continue for at least two years after an official announcement is made to discontinue the software. Staff will continue to examine options for post-Fundware accounting and more information will be passed along to local officials as we learn it going forward.

Hear the Beep! The USFA estimates that more than 2,500 people die in home fires each year in the US largely due to non-functioning smoke alarms.

Did you know you can save money and energy with a no-cost Mass Save energy assessment for your home or rental property? Participants can receive thousands of dollars in discounts and rebates on energy saving products and services. Since all utility customers are already paying for this service on the monthly utility bill, it makes sense to take advantage of this popular program. Even if you’ve had an energy assessment done in the past, you can usually receive a no-cost assessment every 2 years, so you can enjoy the benefits all over again!

To find out more about the program and arrange a convenient, no-cost energy assessment from an approved home performance contractor serving Franklin County, visit Mass Save.

Low income households may qualify for both weatherization and heating assistance from Community Action; please visit Community Action for more information and to see how to qualify. And learn more about the program here.

The Communities That Care Coalition recently completed a set of key informant interviews and parent and youth focus groups as a part of a community assessment on the topic of youth substance use. Findings from these focus groups and interviews are reported out along with annual Teen Health Survey data in Community Needs Assessment regarding Youth Substance Use in Franklin County and the North Quabbin. A community meeting is taking place at 3:00 on March 17 at Greenfield High School to review and discuss findings.

Click below for more information on this great opportunity to get your pets tested for dangerous tick-borne diseases and vaccinated! 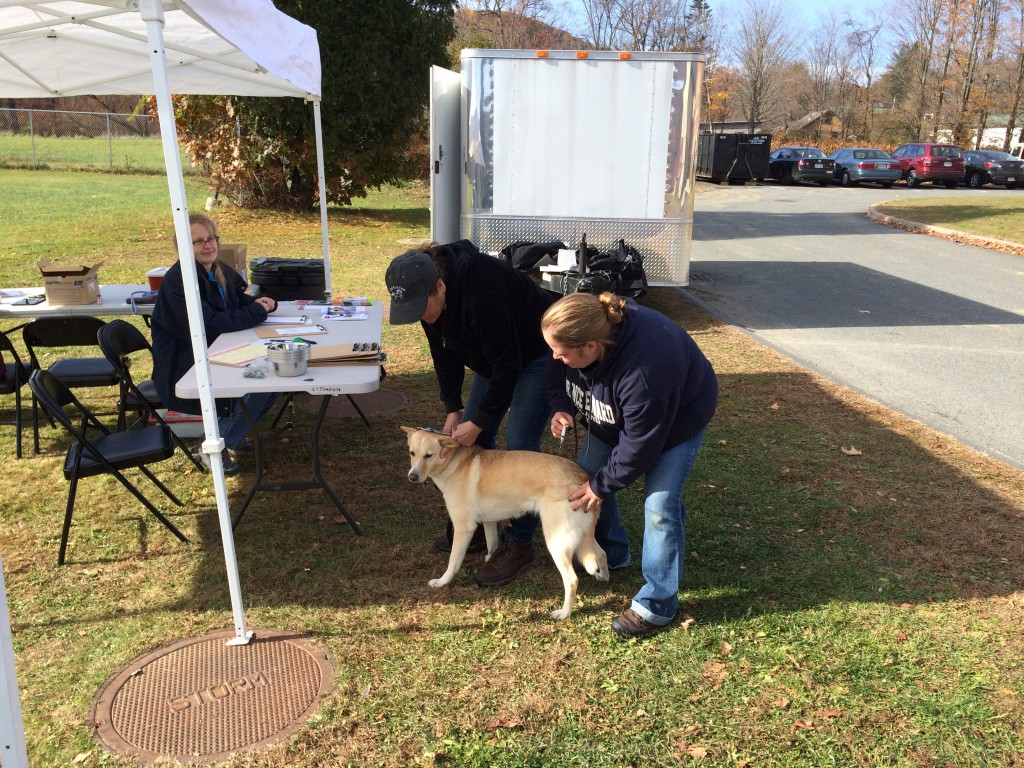